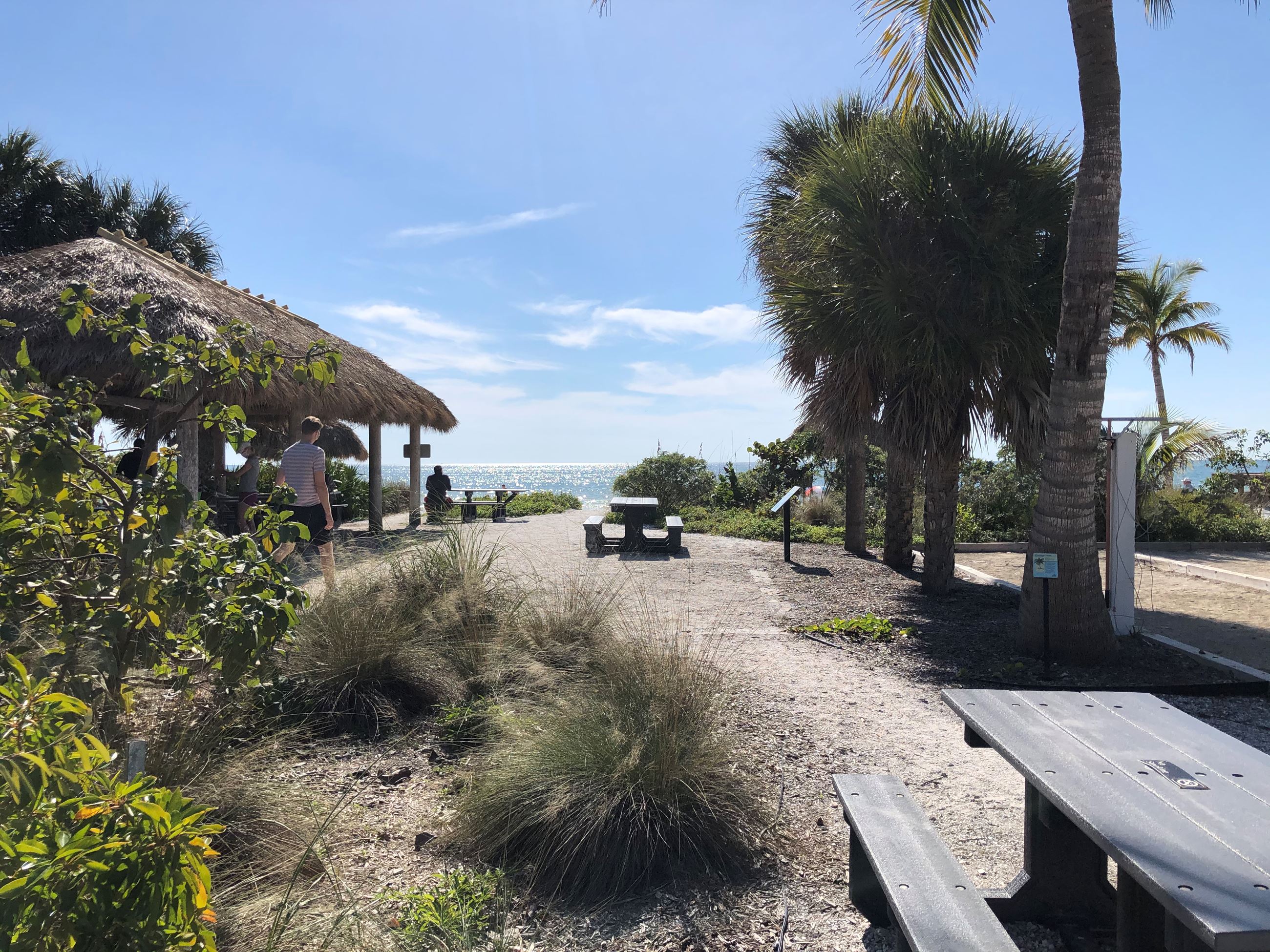 Island resident Jim Newton (1905-1999) gained notoriety through the publication of his book, “Uncommon Friends” where he details personal relationships with key figures of the twentieth century including Thomas Edison, Henry Ford, Harvey Firestone, Charles Lindbergh, and Dr. Alexis Carrel. While these relationships were forged largely in Fort Myers beginning in the early 1930s, Charles and Anne Morrow Lindbergh and their children regularly visited the Newton’s at Seven Seas – their beachfront home on Fort Myers Beach built in 1953. Charles was the best man at Jim’s marriage to Eleanor (Ellie) Forde (1899-2003) in 1943 and the Beach served as the launch for joint sailing ventures on the sailboat Aldebaran.Seven Seas served as a major focus of Jim and Ellie’s lives on our island as they lived, worked, and entertained. Through their involvement in the Moral Re-Armament (MRA) movement internationally known persons visited Seven Seas including British tennis player “Bunny” Austin, Cardinal Konig, Frits Phillips former chairman of the Philips electronics company, King Michael of Romania and Queen Anne, among others. Many islanders remember fondly the opportunities to meet the Newton’s visitors and some became involved in the MRA.While some of the above named historical figures and movements are controversial, the Newton’s associations represent a unique facet of the history of Fort Myers Beach. Jim Newton’s book, later documented on film, and two of Ellie Newton’s published works, “Echoes from the Heart” and “I always wanted adventure” were penned at Seven Seas. Ellie was honored in 1998 by Florida Secretary of State Sandra B. Mortham with an Outstanding Women’s Achievement Award for her accomplishments in Florida and beyond. Local businesswoman Fran Myers and then County Commissioner John Albion honored Jim Newton through the creation of the nonprofit Uncommon Friends Foundation in 1993 with a mission to “instill ethics, moral values and a sense of purpose in tomorrow’s leaders”.By virtue of the Newton’s personal associations and the gatherings that took place at Seven Seas, the Town of Fort Myers Beach successfully obtained $2.3 million in grant funds from the state of Florida's Florida Communities Trust program and Lee County to acquire the estate in 2003. Additional funds came from the Lee County Tourist Development Council and Town park impact fees to develop the property into a passive park and community gathering place for all to enjoy. History of Newton Park and Seven Seas 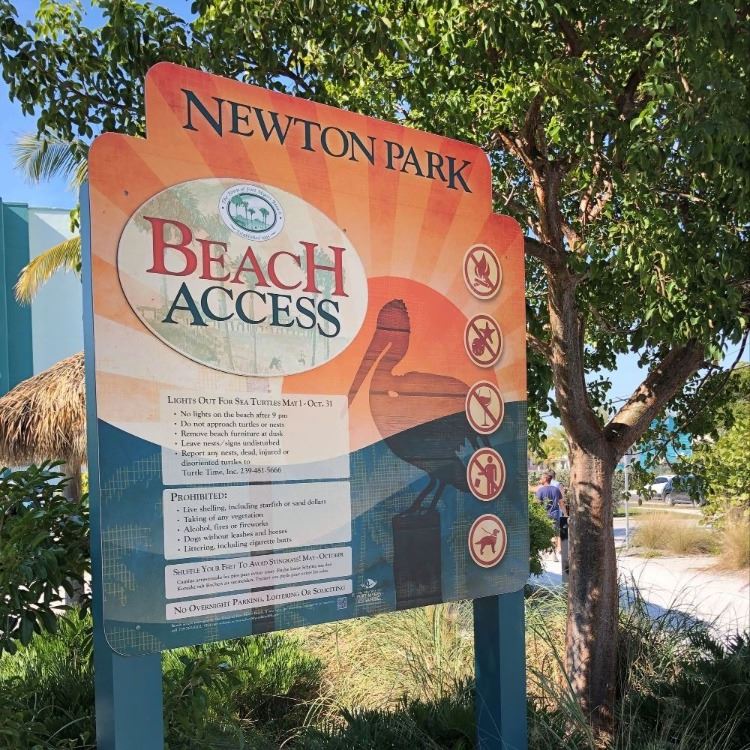 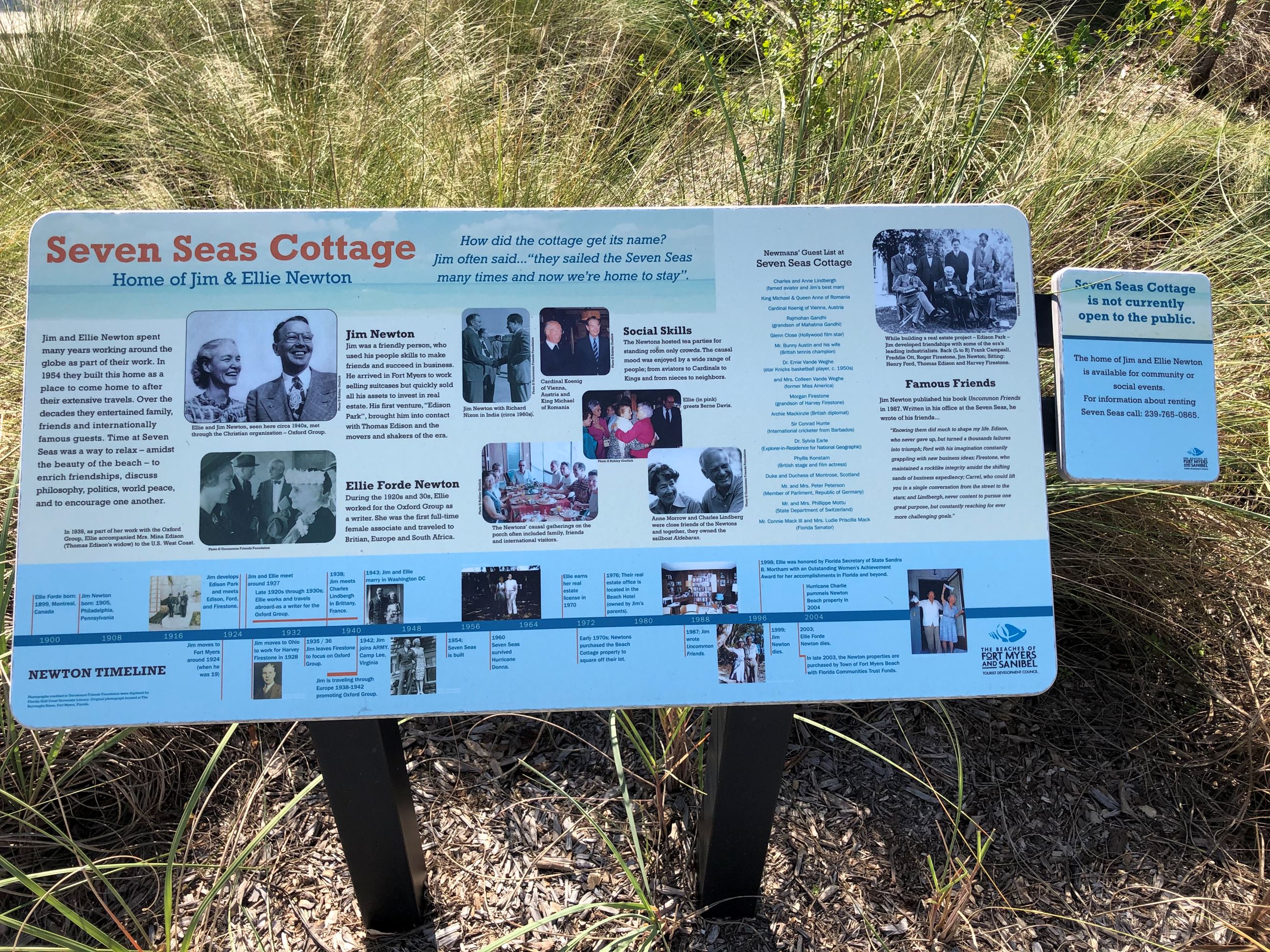