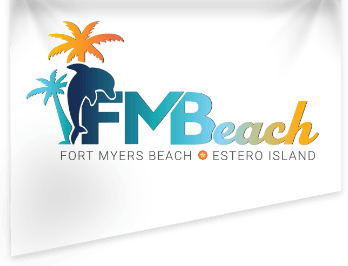 The Town of Fort Myers Beach is fortunate to have an award-winning Town Manager with vast experience in every facet of county, city and town management imaginable. This experience also, unfortunately, includes incidents of civil unrest and leading preparations for and recovery from several of the country’s most destructive hurricanes.

Roger came to FMB in 2017 after having served in the same capacity at the Florida cities of Marco Island and Marathon. Prior to the positions at Marco and Marathon, he held high-level positions at the City of Miami and Miami-Dade County. In these roles, he successfully directed both direct services and daily operations as well as countless initiatives with a keen eye on cost efficiency and effectiveness. Among others, initiatives related to:

Among his more notable achievements was winning the American Public Works Association National and State of Florida award for environmental projects over $75 million. He also was the South Florida Administrator of the Year as selected by the American Society of Public Administration, and has four National Association of Counties awards.

At one point in his career, Mr. Hernstadt managed more than $459 million of active capital improvement projects in a single year, not including matching grants. These projects encompassed a wide variety of scopes of work from bridges to cultural and museum facilities as well as everything in between - office and community center/recreational buildings, parks, bridges, roads, water, sewer and storm water systems. Under the Robert T. Stafford Disaster Relief and Emergency Assistance Act (FEMA), over his career, he successfully completed more than $1 billion worth of recovery and hazard mitigation projects.

Roger began a longstanding career in public service as a resident ombudsman before his promotion to the Public Works Department of Miami-Dade County. While at the Public Works Department, he then served in numerous progressively responsible positions including chief of causeways and special taxing districts, chief of public services and administration (budget, finance, personnel and information technology), and assistant director of public works. Later, he joined the Miami-Dade County manager’s office as the capital improvement coordinator and the director of the office of capital improvements, before joining the City of Miami as the Assistant City Manager/Chief of Staff.

A Sheepshead Bay, Brooklyn, New York native, Roger graduated with a Bachelor’s degree in Health Science from Brooklyn College. He moved to Florida soon after to be near family. Along the way, he earned a degree in administration from the University of Miami and completed coursework at Harvard University’s John F. Kennedy School of Government.

Roger and his wife Jessica, an attorney, have two grown sons, and live in the Town of Fort Myers Beach. In their spare time, they enjoy the beach and support many local not-for-profit community agencies.